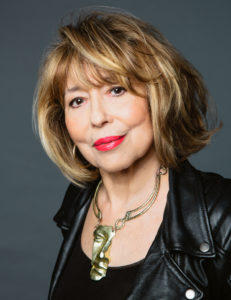 notes from the author…

My earliest recollections of word-spinning are of my father, an English professor, telling me stories at bedtime—funny stories about a little girl (me AKA “Jeanie”) and her daddy going on riotous adventures. These were interspersed with lively readings of Winnie the Pooh and Mary Poppins. Other times we would sit around the kitchen table—with my mother moderating—and discuss Will and Ariel Durant’s The Age of Reason. I like to think the combination of these influences, both literary and familial, have had a positive effect on my humor and open-mindedness.

I’m sometimes asked about the element of humor in my books. It’s not that I set out to be amusing or exaggerated in depicting scenes or exchanges between characters, but—and it might seem contradictory—this appears, in hindsight, to highlight the core reality of the plot and character development, even the most serious aspects of it. Also, if the characters have a sense of humor, they kind of spar on their own, while I serve as referee.

Another question that occasionally arises is: “Who are your favorite authors?” This can be a little like asking myself which do I like more, Hamlet or Curb Your Enthusiasm? But here goes: Umberto Eco. His brilliance, demonstrated especially in The Island of the Day Before, blows my mind. David Mitchell. For his mastery of the language and his wildly creative and provocative ideas, as in The Bone Clocks, where immortal souls jump from body to body. (NB: The funniest passage I ever read is from Mitchell’s Cloud Atlas: “The Ghastly Ordeal of Timothy Cavendish.” You don’t have to read the book. This stands out as a hilarity in itself.) For me, the most moving passage on the ravages of war is a paragraph near the start of Sebastian Barry’s wonderful novel, A Long Long Way. I’ve read it many times, both for the content and to marvel at the writing—pure poetry. Ian McEwan. For his profound insight into human nature, and exploration of consciousness and subjectivity. Philip Roth. With such seeming effortlessness, he cuts to the heart of the matter, as in Everyman. Anita Brookner. For her ability to describe the intricacies of the human spirit and the constraints of society. (How does she manage to write three-page sentences that make perfect sense?)

Claudia Riess, a Vassar graduate, has worked in the editorial departments of The New Yorker and Holt, Rinehart and Winston and has edited several art monographs.

Claudia lives in New York City and the Hamptons.

Her current working title is Dreaming of Monet.